As Kanye West is my favourite music artist, I thought I’d order his solo albums from least favourite to favourite. All of this is my opinion, and not the ‘correct’ order, just how I feel about each album. I think every album of his is a masterpiece, So I still love his weakest work; no need to get offended if your favourite is my least favourite!

With a recurring theme of love, heartbreak and death, 808’s & Heartbreak is nothing short of a masterwork. His most influential, yet divisive album is his weakest, however it features some of his most well known songs.

With Yeezus, Kanye opted for an industrial rock sound, and it most definitely pays off! It does take multiple listens to fully realise that Yeezus is a future classic, and it’s his most underrated work to date. 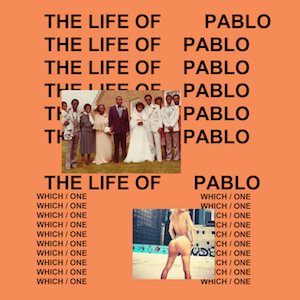 His latest album, The Life of Pablo, was released just last year, and was still not completely finished after it’s drop date. Once Kanye finished the album, removed tracks, reordered and remastered it, you can finally see how great it really is. It also features his most controversial song (Famous)

The electronic sound works really well with Kanye’s fourth studio album Graduation. Definitely a fan favourite, and it’s easy to see why! Stronger is also one of his biggest hits.

Widely considered his greatest work and his definitive masterpiece, My Beautiful Dark Twisted Fantasy is one of the best hip hop albums of all time. Every track is perfect and memorable. There really is nothing I dislike about it, maybe the fact the album will eventually end is the worst thing!

Top Tracks: Dark Fantasy, Gorgeous, Power, All Of The Lights, Monster, So Appalled, Devil In A New Dress, Runaway, Hell Of A Life, Blame Game, Lost In The World, Who Will Survive In America… Which is all of them! 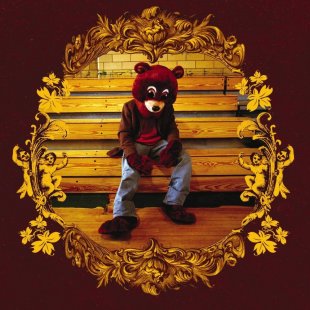 His excellent debut back in 2004 still holds up, and West even won a Grammy for Best Hip Hop Album. A definite classic and one which is a great listen!

Top Tracks: Jesus Walks, Through The Wire, Family Business, All Falls Down, Two Words, Never Let Me Down, Last Call

Last Registration is my favourite ‘Ye’ album. This was his second effort and represents his discography the best, and with classics like Gold Digger there is no denial! The album also features greats like Jamie Foxx and Nas (Nasir Jones)